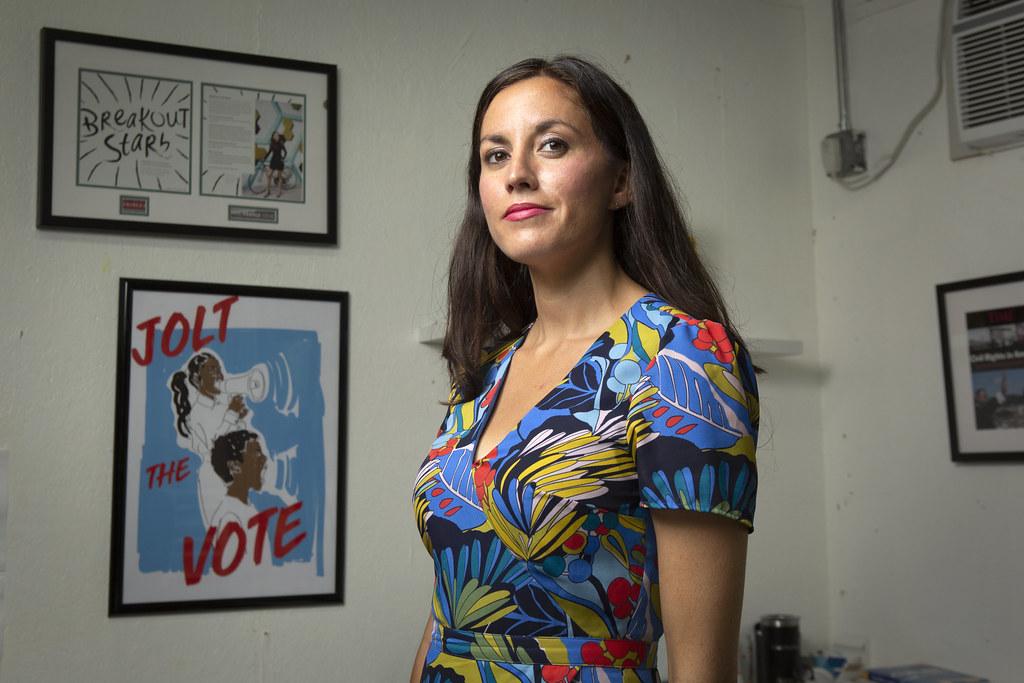 Jolt Action was founded in the wake of the 2016 election, at a moment when its founder, Cristina Tzintzún Ramirez, recognized that the national rhetoric was divisive. In order to fight back against the politics of hate, Tzintzún Ramirez set out to create an organization centered around uplifting the power of young Latino voters. She knew young Latinos could shock the political system with the power of their vote, and she set to bridge traditional voter registration and engagement work with Latino culture and art.

Jolt Action mobilizes young Latino voters, with the goal of forging a democracy that works for everyone. Through community and student organizing, leadership development, voter engagement, and multi-issue advocacy, we are empowering young Latinos to harness the brilliance of our community and culture to create a collective voice that drives change.

We do not stand with any one political party, but rather for the nearly 11 million Latinos in Texas as we advocate for and drive the decisions around the issues that most impact our lives.

Cristina Tzintzún Ramirez is a leading civil rights leader and former 2020 U.S. Senate candidate. She was named “Hero of the New South” by Southern Living Magazine and her work has been featured on NPR, Vogue, The New York Times, MTV, USA Today, Univision, MSNBC’s Up Late with Alec Baldwin, among others. She is also a JM Kaplan Innovation Prize winner and a Roddenberry award winner.

In 2016, Tzintzún Ramirez founded Jolt — a Texas-wide organization that lifts up the voice, vote, and issues impacting Latinos.

She began her social justice career when she co-founded Workers Defense Project (WDP), a workers’ rights organization with the mission to win better working conditions for immigrant workers in Texas. She built WDP from a small volunteer project into a statewide organization that was named “one of the most creative organization’s for immigrant workers in the country” by The New York Times. She helped lead the organization for over a decade, taking on two of the most powerful special interest groups in Texas – the construction and real-estate industries.

At WDP, Tzintzún Ramirez won the passage of half a dozen local and state laws better protecting the rights of hundreds of thousands of workers. Additionally, she uncovered widespread safety hazards facing construction workers in Texas, leading to a federal investigation and new national initiatives to ensure stronger workplace safety enforcement for vulnerable worker populations.

Tzintzún Ramirez is an author on issues of race, gender, and immigration, and she is the co-author of “Presente! Latino Immigrant Voices in the Struggle for Racial Justice” published by AK Press (2014).