Jolt Initiative’s board of directors donates their time and talent to ensure strong governance and oversight of the organization. Their expertise in advocating for equity and social justice guides our mission and propels our organization forward. 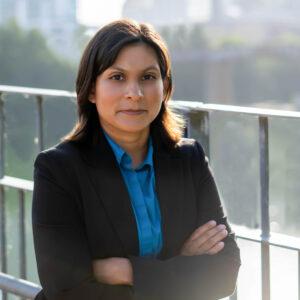 Cynthia Martinez currently serves as the Communications Officer for the Travis Central Appraisal District where she is a member of the senior leadership team and oversees all public relations, digital, and community outreach activities for the agency. She is on the board of directors for the Jolt Initiative and volunteers with Divine Canines and St. David’s HealthCare. With more than a decade of experience in the public relations field, Cynthia’s work has helped alter how disaster assistance is distributed to low-income communities, change state agency processes to provide health care coverage to Texas foster youth, bring Major League Soccer to Austin, and break Major League Soccer sales records. She has been recognized with 3 MarCom Awards for her work in crisis communications and digital strategy. Originally from the Rio Grande Valley, Cynthia is a graduate of the Harvard Kennedy School, Georgetown University, and Leadership Austin (Emerge 14). 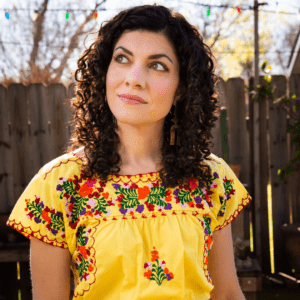 Carrie Rodriguez, a singer-songwriter from Austin, Texas, finds beauty in the cross-pollination of diverse traditions. A passionate performer, she melds fiery fiddle playing, electrifying vocals and a fresh interpretation of new and classic songs with an “Ameri-Chicana” attitude. Her most recent release, the critically-acclaimed bilingual album, Lola, was named as one of NPR’s top 50 albums of the year. Carrie has performed on stages across North America and Europe for the last decade, as well as on programs such as Austin City Limits, The Tonight Show, A Prairie Home Companion, and NPR’s Tiny Desk Concerts. She’s also the composer/lyricist of an original musical chronicling the true story of an inspiring young DREAMer named Tony Valdovinos. ¡Americano! ended its 27-show debut at The Phoenix Theatre Company in February of 2020 with 10 consecutive sellout performances, and will debut in New York City in the Fall of ’21. Carrie lives in Austin with her partner and musical collaborator Luke Jacobs, a multi- instrumentalist/singer-songwriter from Minnesota, and their son, Cruz. 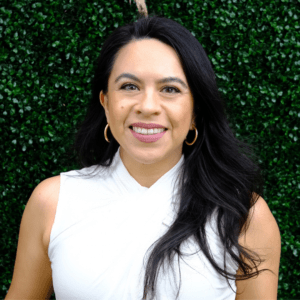 Juana Véliz is a purpose-driven leader and strategist with over 15 years of experience in designing and leading initiatives for major nonprofits, foundations, government, and global corporations. She is the Director of Strategic Planning at Givelify, an online and mobile giving platform that empowers more than 65,000 places of worship and nonprofits to further their missions. Juana believes that change begins at the local level, with collaboration and with people at the heart of it, thus dedicating her time to boards that serve her community of Oak Cliff in Dallas, Texas. As a champion for voting rights, women’s empowerment and with a vision for a more equitable society, Juana also serves as a Jolt Initiative board member, co-founded The Eres Collective and supports a number of philanthropic causes. She’s currently part of the UT LBJ Women’s Campaign School program, a former OpEd Project Dallas Public Voices Fellow and a Communities Foundation of Texas Emerging Leaders in Philanthropy graduate. 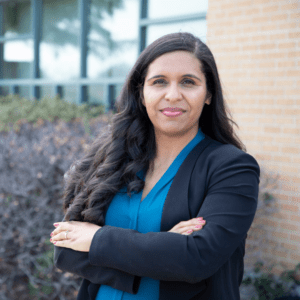 Candace Valenzuela is a mother, an educator, and a lifelong Texan. She overcame incredible odds growing up, and she has since devoted her life to fighting for opportunities for others. The daughter of U.S. Army veterans, Candace was born and raised in El Paso, Texas into a family with generations of military service. Her great-grandfather came to the United States from Mexico, eventually fighting in World War I. And her grandfather fought in World War II.  While running for Congress, Candace built a powerful and diverse grassroots movement focused on uplifting hardworking families. Candace ran a nationally recognized race. She narrowly lost by a little over 1 point, but she is proud of the people she engaged in the process, many of whom never saw themselves having a voice in public service. She believes that access to the ballot box and empowerment to use that vote and other forms of civic engagement is critical to the future of the Latino community, and the future of Texas. As an educator, she’s excited about JOLT’s commitment to training folding civic engagement into rich cultural events, such as PODER Quince. 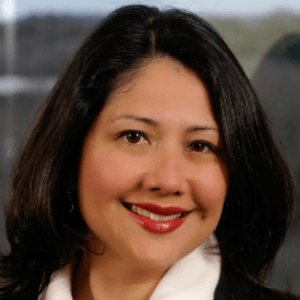 Madge Vásquez is the Chief Executive Officer (CEO) at Mission Capital. Originally from South Texas, Madge has over 25 years of private and public sector experience in community development, healthcare, philanthropy, business consulting and community engagement. Since 2018, Madge has served as the CEO of Mission Capital with a focus of “equipping and connecting mission-driven leaders, organizations and networks as we advance equity and opportunity in Central Texas”. Early in her career, Madge worked at the National Center for Farmworker Health, a healthcare intermediary focused on engaging farmworker communities and facilitating access to migrant health centers across the rural United States. Most recently, Madge served as the Director of Dental Operations at St. David’s Foundation (SDF). Madge also worked at Equity Research Corporation in Washington, D.C., Accenture’s Public Sector consulting practice, and PeopleFund, providing small business financing and technical assistance to women and minority-owned businesses. Madge received a BA in International Relations from Southwestern University and a Master of Public Affairs from the LBJ School at The University of Texas at Austin. She was a Fulbright Scholar to El Salvador where she worked with community-based organizations in the areas of women’s health, rural economic development and micro-enterprise. She is a 2009 Leadership Austin alumna and a voting member of the Austin Area Research Organization (AARO). Madge currently serves on the boards of Jolt Texas.