The 2020 U.S. Census is available now! Take a few minutes to complete it online (my2020census.gov) or via phone (English 844-330-2020, Spanish 844-468-2020). We’ve created this census toolkit with resources to help you better understand how your participation makes a vital, positive impact on your community.

¡Vamonos! The 2020 U.S. Census is a once-in-a-decade opportunity for Latinos to win representation and resources for our communities. For every person counted, Texas will receive thousands of dollars in federal funds for our schools, roads, hospitals and more. That’s why Jolt has launched Contamos/We Count, a census campaign to ensure that all Texans get counted.

By 2022, Latinos will be the majority in Texas, and it’s time we start utilizing our power. The census allows Texans to structure what they want the next 10 years to look like. The census should represent the population as it is, rather than ignoring active members of the community.

There are many ways the 2020 Census can shape your community. The results, collected once per decade, help determine how billions of dollars in federal funding flow into states and communities each year. 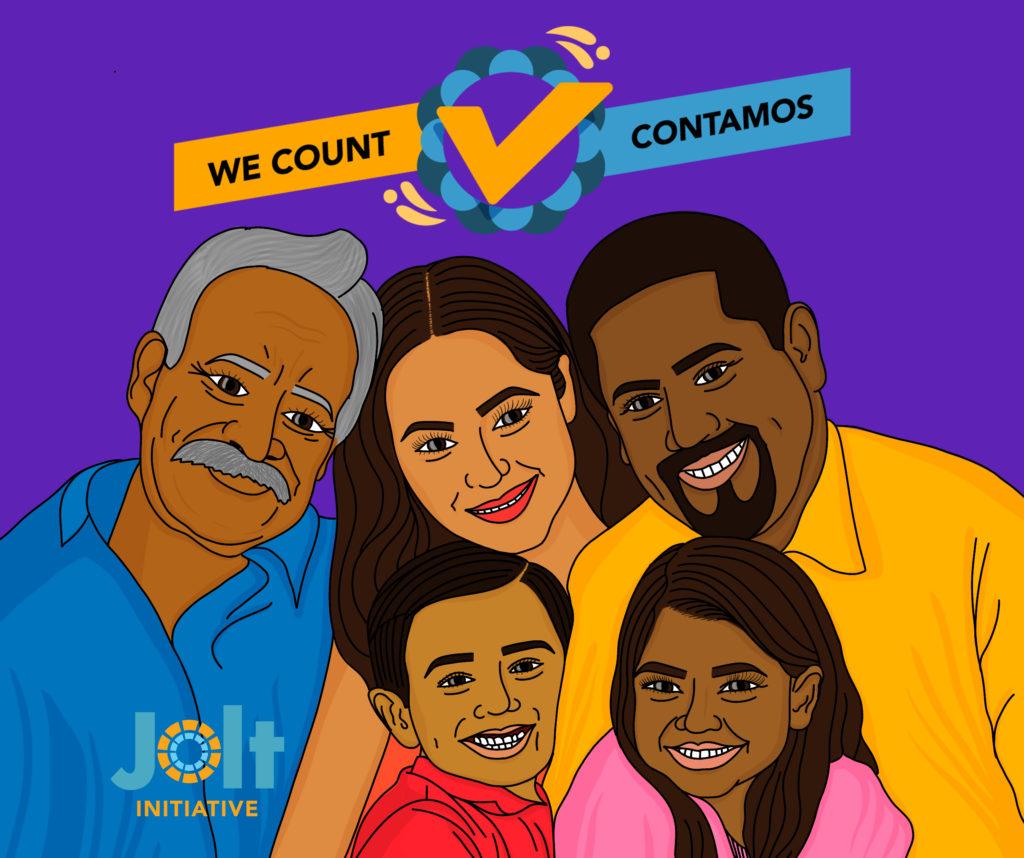 Be fearless. Get counted.

Earlier this year, the citizenship question was created to intimidate Latinos and immigrant communities from participating in the 2020 census. This attempt to undercount the population won’t stop us from making sure our communities get the resources and representation we deserve. 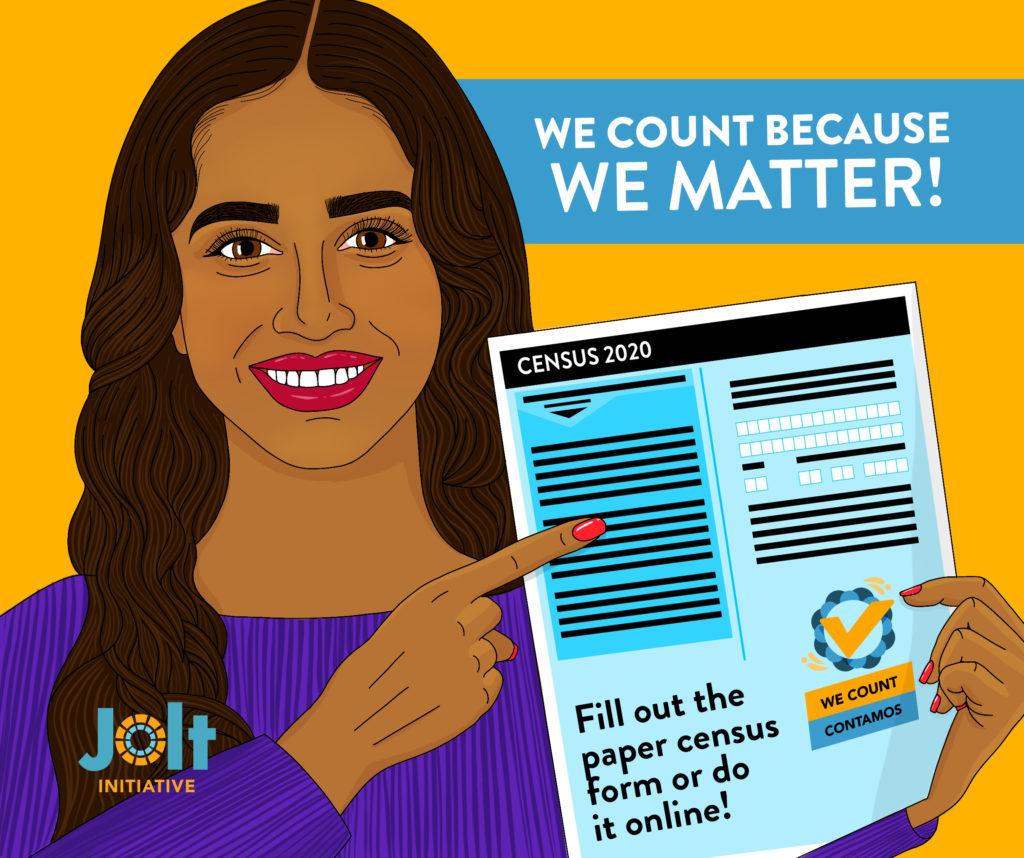 The Latino community matters in Texas. We make up 40% of the population, so our response to the 2020 U.S. Census will have a major impact. Don’t let these common myths stop you from participating because We Count!

MYTH 2: The Constitution states that only citizens should be counted.
TRUTH: This is wrong. The Constitution requires a count of all persons living in the United States on Census Day (April 1), regardless of citizenship status.

MYTH 3: My information can be taken by the government and used against me.
TRUTH: By law, your census responses cannot be used against you by any government agency or court in any way — not by ICE, the FBI, CIA or DHS. The law requires the Census Bureau to keep your information confidential and use your responses only to produce statistics. 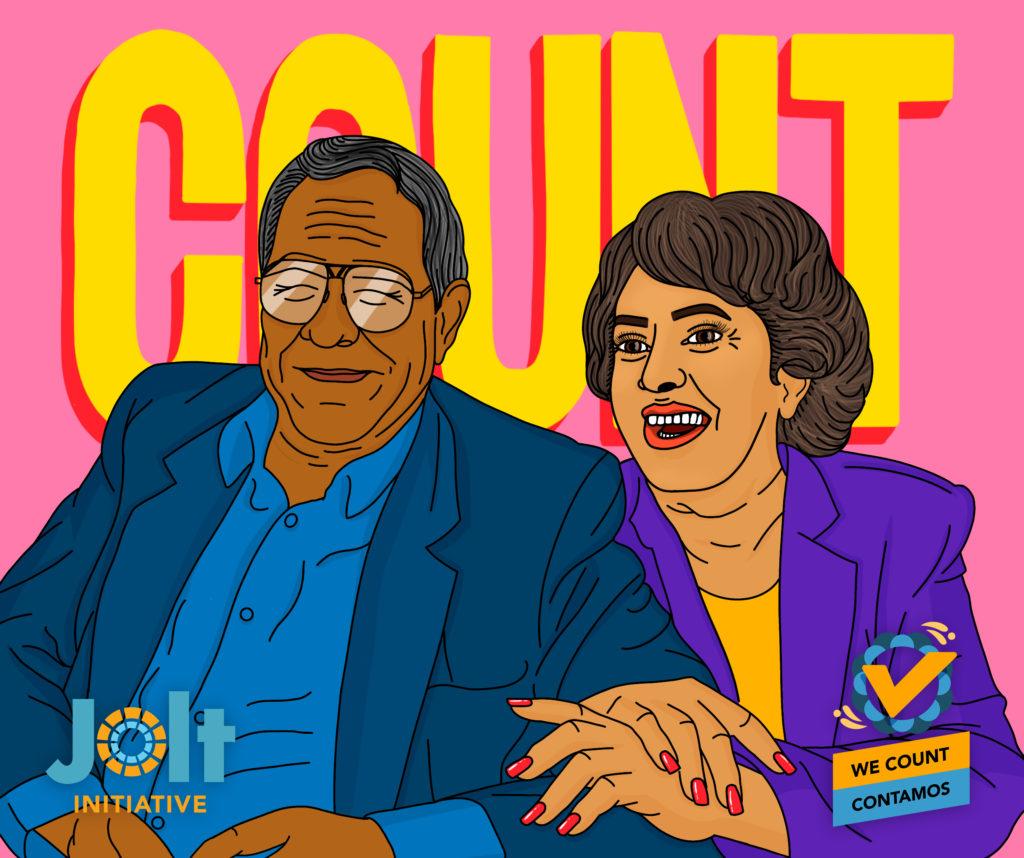 How to get counted

The head count is set to officially begin on Jan. 21, 2020 in Toksook Bay, Alaska — more than two months before Census Day (April 1). Most households will receive letters with instructions around mid-March.

This is the first year the census will be available online, and the census bureau will set up “1-800” numbers that residents can call to give their information over the phone. If you’re not much of an internet user — or more likely, your abuelos, since you’re on this website — paper copies of the census still will be sent to residents who don’t get online (or who use the internet infrequently). People who don’t respond or who submit incomplete census forms may be called or visited by census canvassers.

If you don’t see your preferred language on your census form, you can request it. The census can be done in 13 languages: English, Spanish, Chinese, Vietnamese, Korean, Russian, Arabic, Tagalog, Polish, French, Haitian Creole, Portuguese, and Japanese.

Remember that your voice counts! Being counted as a member of your community means the opportunity for representation, and thereby, positive change! Don’t be intimidated by rumors or misinformation. For further clarification, please email Census Organizer Leslie Hernandez directly at leslie@joltinitiative.org.